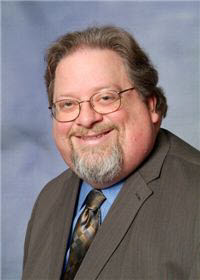 Business Valuation is NOT the Unauthorized Practice of Law

Tax practitioners routinely research and interpret provisions of the Internal Revenue Code and review judicial rulings that might affect their clients.  Generally accepted auditing standards require auditors to consider the implication of litigation on the financial statements.  Investment bankers are at the table negotiating merger agreements.  Nonetheless, it is the business valuation professionals who fill social media discussion groups with concerns about being accused of the Unauthorized Practice of Law, or UPL.  While each state defines the practice of law, and by extension the unauthorized practice of law, differently (see http://www.americanbar.org/content/dam/aba/migrated/cpr/model-def/model_def_statutes.authcheckdam.pdf for a summary of those individual statutes), what we as business valuation professionals do typically involves assessing the impact of regulations on a subject entity’s industry; reviewing collective bargaining agreements and employment contracts of key employees and evaluating the terms of shareholder or partnership agreements.  So, are valuators’ concerns justified?  Let’s see.


In North Carolina State Board of Dental Examiners v. Federal Trade Commission (574 U. S. ____ (2015)), the Supreme Court of the United States addressed, at least tangentially, a similar issue regarding teeth whitening, of all things.  According to the Court’s summary, teeth whitening became popular in the 1990s, and, at the time in North Carolina, the service was nearly exclusively the province of the dental profession.  At the turn of the century, non-dentist providers began offering whitening services at substantial discounts to the rates that dentists were charging.  Responding to complaints from licensed dentists, the North Carolina State Board of Dental Examiners (Board) assigned a committee that included only practitioners, to investigate.  The Court’s opinion does not describe the investigation’s findings, but the record shows “a wealth of evidence...suggesting that non-dentist provided teeth whitening is a safe cosmetic procedure.”  (Opinion at p. 4, internal quotes and citation omitted.)  By 2006, the Board began issuing “cease and desist” letters to non-dentist teeth whitening providers, their landlords, and their suppliers.  As expected, these tactics worked, and “non-dentists ceased offering teeth whitening services in North Carolina.”  (Opinion at p.  3.)

In 2010, the Federal Trade Commission (FTC) charged the Board with violating the federal antitrust laws, and the Board defended, saying that as the body enforcing the state’s prohibition of unlicensed dental practice law, it had immunity from the antitrust laws.  The FTC, and ultimately the Supreme Court, disagreed.  The Court recognized that certain state functions have legitimate immunity from federal laws, but cautioned that a “nonsovereign actor controlled by active market participants” (Opinion at p. 6) will not enjoy the benefit of that immunity unless the specific policy is clearly articulated and the state exercises active supervision over the policy.  One of the Court’s targets was that the Board was acting for the benefit of maintaining a revenue stream to its dentist constituents rather than any finding of a public safety risk.

UPL statutes, like North Carolina’s regulation of the dental profession, are consumer protection laws.  The state, correctly, is concerned with non-lawyers providing legal advice to individuals or businesses that subsequently act on that advice to their detriment.  Lawyers, individually may be fine people, but sometimes as a group, they can, like the North Carolina State Board of Dental Examiners, have an overly expansive view of what constitutes their profession.  For example, some lawyers, notably those with estate administration practices, insist that the preparation of an estate tax return has legal consequences and, therefore, should only be prepared by attorneys.  Others, typically those with litigation practices, insist that small, closely held family corporations must hire attorneys to represent them in small claims actions even if the full amount of the claim would be less than the legal fee.  Despite these extreme positions, valuation professionals, in the ordinary course of their services, are not providing legal advice and should not run afoul of UPL statutes.

For example, since valuations consider only facts known or knowable as of the date of the valuation, communications with the client necessary for a valuation engagement are likely to involve completed agreements or current negotiations for which the client already has legal counsel.  Those communications are not UPL.

If a valuation professional is engaged to assist on pricing a potential acquisition or sale of a business interest, it is imperative that the client also work with counsel.  A valuator assisting counsel who is advising a client in a business transaction cannot, by definition, be engaged in UPL.  The client is getting legal advice from counsel, not the valuator.

Finally, a valuation professional retained as an expert witness who provides litigation counsel with an independent assessment of issues in a case cannot, again by definition, be engaged in UPL.  Counsel is not a consumer who is at risk of relying on uninformed legal advice to the detriment of the client.

If, on the other hand, the client seeks the valuator’s advice on renegotiating an agreement or whether the business’ current practice complies with a contract, the valuator must defer to the client’s legal counsel.

Generally, UPL is a common-sense issue.  If a client is seeking input that might lead to future action or inaction in its relationships with other people or entities, the client should consult counsel.  If the client is working with counsel, the valuator’s input cannot be considered UPL because the licensed attorney is available to correct any inaccurate statement of law that the valuator may suggest.