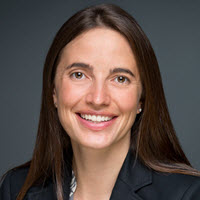 The Ethics Oversight Board (EOB) is charged with the monitoring of NACVA’s membership with regards to ethical and professional standards. The EOB’s responsibilities include creating policies for educating, monitoring, and enforcing compliance. Their duties also include facilitating awareness and enhancing the membership’s understanding of NACVA’s standards, and when necessary investigating and determining whether a member or members have violated NACVA’s Standards.

The EOB consists of the following members:

Complaints received by NACVA, against its members, are submitted to the EOB for investigation.  Upon receipt of the complaint the EOB is required to review the complaint in accordance with the EOB’s Policies and Procedures Manual. In general, the EOB first decides whether an investigation is warranted, and if so, appoints two members to serve as co-investigators.  The co-investigators are responsible for leading the investigation, which often includes reviewing documents and interviewing the parties.  Investigation updates are provided to the Board monthly and upon completion of the investigation, the co-investigators submit their findings and any suggested corrective action.  The full EOB discusses the findings and votes on any required corrective action.

The May 2013 Policies and Procedures Manual dictates the publication only of violations that rise to the level of suspension or expulsion.  Most findings of the EOB are not so severe as to warrant suspension or expulsion and so the results of the investigations are kept confidential.  Often times the person that brought the complaint is frustrated that they are not able to know the results of the investigation.

At the request of the EAB, the EOB has proposed changes to the manual that will require the publication of a member’s name when they have been found to have violated NACVA Standards, even if the violation(s) does not warrant suspension or expulsion.  The proposal is for the member’s name to be published on NACVA’s website for a number of years following the violation.

The EOB has spent considerable time over the past two years preparing the updated draft of the Policies and Procedures Manual.    The ability of the current and future EOB to consistently investigate complaints will allow the EOB to complete investigations in less time, providing a timely conclusion to the complainant and the member.  Publication of disciplinary action due to violations of NACVA standards will provide transparency to users of NACVA member’s services.

The members of the EOB are pleased to answer any general or case-specific questions which you might have regarding NACVA standards.