NACVA would like to thank and recognize the following outstanding member: 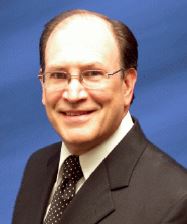 For the Institute of Business Appraisers (IBA), he was elected as Chair of the Board of Governors for a two-year term in June 2012 and appointed to the board for a three-year term in June 2011, appointed as Chair of the Accredited in Business Appraisal Review (ABAR) Appeals Task Force that provides technical guidance and support on ABAR reviews as of January 2011, and was a report reviewer for the Quality Review Committee (QRC) for those seeking a credential certification from 2008 to 2016.

Mr. Rudich was named a “Business Valuation and Financial Forensic Master”, as part of the National Association of Certified Valuators and Analyst’s Industry Titans awards at their June 2016 Conference. He was selected into the Founders Circle of the Alliance of Merger & Acquisition Advisors in January 2013, elected to the Advisory Board in 2004, and received the 2008 Chair of the Year award in January 2009. He was admitted to the Westlaw Round Table Group, Washington, D.C. expert network as a Round Table Scholar in January 2009, and recognized by SmartCEO as one of the Top CPAs in the Baltimore/Washington, D.C. area in their September 2008 issue.