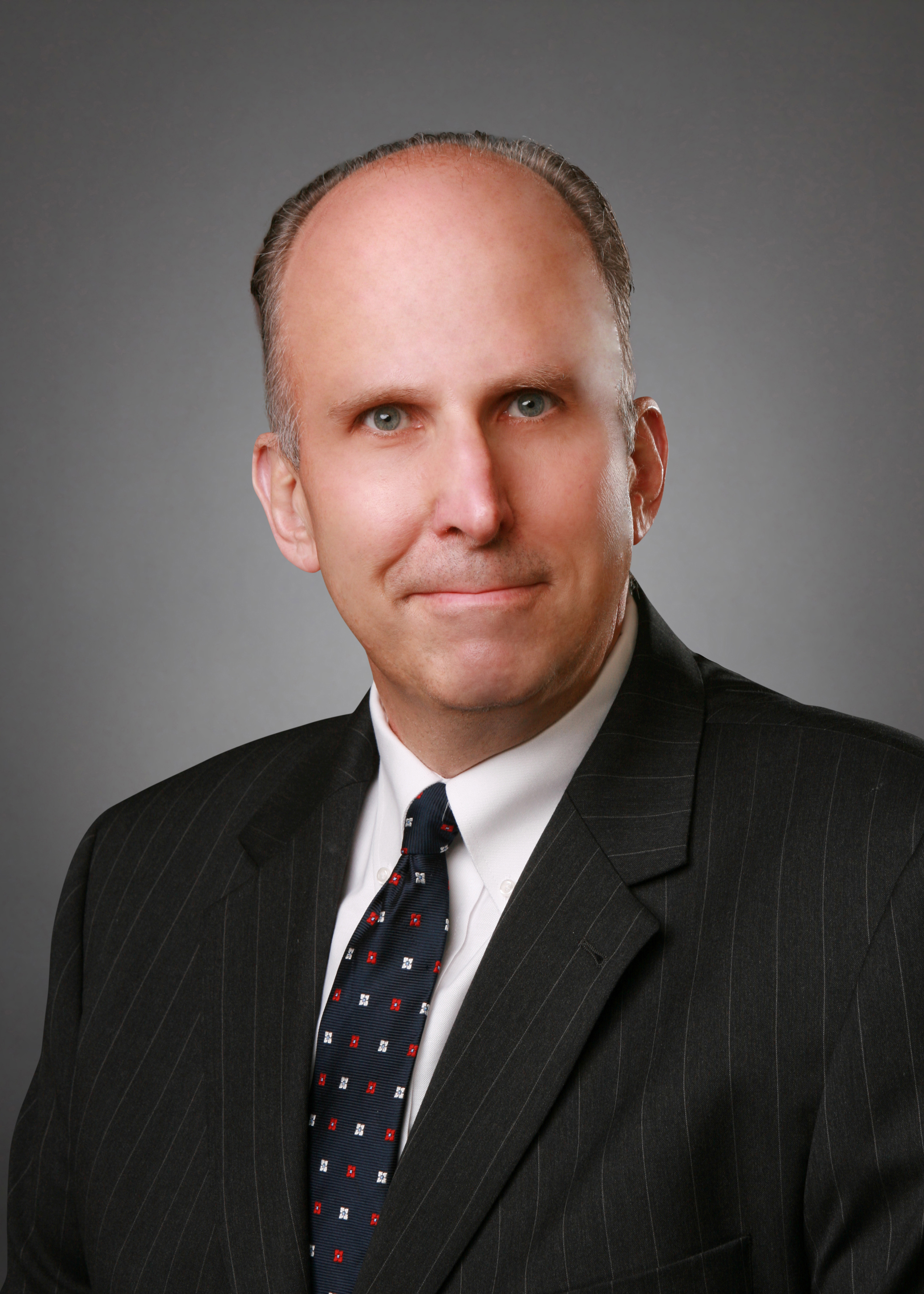 When I was first asked to write an article about ethics in Cyber Security, hearing all that is happening and the many competing forces, I was concerned.  It seems to me that www stands for the Wild Wild West.  At this point, it looks like it is.

I tried to look at it from an employer, then an employee, followed by customer and vendors; all of whom have a place at the table, not to mention the hackers who, in many cases, bring the parties to the table.  Then it dawned on me that in my past, circa 1985 to 1988, (and no someone did not steal or mess with my abacus) the question of ethics came up with my then company’s IT department.

At that time, I was CFO of an entertainment company in NY and oversaw the accounting, treasury, finance, and IT departments.  Among other things, the IT director felt he was undervalued and should be a direct report to the COO.  As luck would have it, my assistant (I will call her Lilly) was sharp and happened to need to speak to the IT director.  As she approached him, he quickly shut down his screen and addressed her issue.  Lilly immediately became suspicious and approached me.  I said, keep an eye on this but it was likely nothing as he could be working on something personal.  A few days later it happened again, this time Lilly was able to see what he was hiding; it was one of my interoffice memos to the COO.  Not jumping to an immediate conclusion, I asked Lilly to print and then delete all old memos and for the new memos, print and delete them within one day after writing and sending.  About a week into this procedure, I proceeded to dictate a memo to the COO which explained what the IT director was doing and recommended his termination for breach of ethics.  That memo (never sent to the COO) was the bait, which was deleted within one day and not a word was spoken about it to anyone.  Full circle, the suspense was killing the IT director and he asked for a meeting with the COO.  I briefed the COO on what we believed happened and he alone met with the IT director.  The IT director, in effect, said he can do what he wants and the COO could not do a thing about it.  The IT director left the office within 10 minutes of the meeting, never to return and his second in charge took over to run the department in a professional manner.

Now this story is just about a 30+ year old memo on a word processing system but it is relevant today.  Fast forward from 30+ years ago, the very same issues remain along with a whole host more now exist.  Just pick up the paper and there is a whole host of breaches in the headlines or in commercials.

Remember the days where location mattered and you needed to have a source inside or physical access (Charlie Sheen in Wall Street running the cleaning company) to the company or do a dumpster dive to misappropriate confidential information; or if you were lucky, find a lost unprotected computer floppy drive or other memory device?  The internet, cloud, and/or remote connectivity has enabled theft of confidential information without leaving your criminal lair.

Like most of you, I have attended Cyber Security workshops and each one of them say, in addition to many things, the standard three things:

In many of these courses they note the large financial damage to the breached company and indicate the small businesses that are attacked have a high likelihood of going out of business after a breach.

I found an article about the 17 biggest data breaches of the 21st century and summarized the details from a CSO report story by Taylor Armerding, dated Jan 26, 2018 3:44 a.m. PT.[1]

Below I have summarized the breaches from the article.

A casual reader of the cyber related headlines (and/or commercials for identity thief protection) must consider the numerous breaches in trust and data in the headlines.


Who does this stuff?  It now seems that the array of threats come from a collection of insiders, former insiders, worldwide sources including third party enterprises, individuals, and government sponsored groups.

The most famous parties, noted below, of this reign of cyber terrorism include the following top ten hackers:[2]

“Cybersecurity practitioners and researchers are working at the cutting edge of a highly adversarial industry, and dealing with a range of thorny problems.


Each of these questions is complex, with a lot to unpack, and some of them come up regularly in practice.  Google drew flak from Microsoft last October (2016) for publicizing a local privacy escalation bug in Microsoft Windows.  Redmond said that it endangered customers.  Google had angered Microsoft before, and has since published information about more zero-day vulnerabilities in its rival’s systems.

When it comes to cybersecurity, Sandra Braman, Abbott professor of liberal arts and professor of communication at Texas A&M University, draws a distinction between ethics and the law.  “Codes of ethics are associated with professionalism; responsibilities of people who are members of specific professions and for whom accreditation by that profession requires signing on to, and adhering to, codes of ethics,” she explains, adding that the law will take cybersecurity practitioners further than ethics.  “In the cybersecurity domain, such professions don’t exist in the sense that such a wide range of types of jobs, skills, and people are involved.”

Tom Graves, the Republican Senator for Georgia, proposed a bill that would let companies take limited actions against attackers in cyberspace.  The Active Cyber Defense Certainty Act would give private companies legal immunity in some cases, should they choose to strike back against online attackers in certain ways.  The bill would amend Title 18 of the United States Code (that is the main criminal code), making it possible to use ‘attributional technology’—code that spies on attackers.  It also lets victims access an attacker’s network to prove their criminal activity, monitor their behavior, and disrupt unauthorized activity against the victim’s own network.”[3]

In further research, I have found that this bill, while helpful and maybe controversial, has not been acted upon.

In an article entitled “Tough Challenges in Cybersecurity Ethics” dated October 12, 2016, by Aidan Knowles.[4]he discuss the following current challenges facing the industry.  Below I have excerpted key quotes from the article:

“Cybersecurity professionals are the technological gatekeepers in their respective organizations, entrusted with great responsibility and the high levels of access needed to carry out their roles effectively.

White hats work with sensitive data, come across company secrets, and wield great power over computer networks, applications, and systems.  How an individual manages this authority comes down to his or her own ethical yardstick, which is why organizations must carefully select security experts who exhibit sufficient standards and technical competency.  But is this enough? Can we trust our respected practitioners?


Next, I turned my research to determine if there are a code of ethics that professionals follow.  I found a white paper entitled “Crossing the Line: Ethics for the Security Professional” by Scott Carle, GSEC Practical (v.1.4b) published by the© SANS Institute 2003.  It includes two codes of ethics: one for forensic testimony and one for computer ethics.

The Code of Ethics[5]
From “A Guide to Forensic Testimony”

Next, I noted the Cybersecurity Institute offering Cyber security certifications and consulting which notes the following concerning a code of ethics:

“Our students, employees, contractors, and those testing for the CyberSecurity Forensic Analyst (CSFA)™ certification must agree to and abide by this Code of Ethics and Conduct:

Finally, the Information Systems Security Association, Inc. (ISSA)[8] has its own Code of Ethics.

Below I have excerpted portions of the ISSA Code of Ethics.[9]

“The primary goal of the ISSA is to promote practices that will ensure the confidentiality, integrity, and availability of organizational information resources.  To achieve this goal, members of the Association must reflect the highest standards of ethical conduct.  Therefore, ISSA has established the following Code of Ethics and requires its observance as a prerequisite for continued membership and affiliation with the Association.  As an ISSA member, guest, and/or applicant for membership, confirm that they have in the past and will in the future:

More questions than answers.  Ethical standards in Cyber Security are evolving, the laws and organizations have not caught up to the current landscape.  Consider the longer lived professions like CPAs, doctors, and lawyers that are much further along in the coordination between the industry participants, regulatory bodies (government and industry), and international, federal, state, and local laws.  Not all Cyber Security industry groups are following a comprehensive code of ethics and with rare exceptions are there ramifications for non-compliance.  Laws have not yet matured and will need to be reconciled between location of the participant and breachor and laws.  Companies, government agencies, and other organizations have various degrees of plans and safeguards for Cyber Security from none to comprehensive but all are subject to attack and penetration.  All companies with computer connectivity and remote devices (company issued or third parties including employees) are likely to be under friendly fire and/or hostile attack (directly or indirectly) from governments, hackers, employees, former employees, IT staff, customers, and vendors to name a few.

[1] https://www.csoonline.com/article/2130877/data-breach/the-biggest-data-breaches-of-the-21st-century.html
[2] Excepted from https://thoughtcatalog.com/siddhi-palande/2014/06/10-best-hackers-the-world-has-ever-known/
[3] In an 16 Aug 2017 Magazine Feature published by Infosecurity group by Danny Bradbury Contributing Writer entitled “In Search of an Ethical Code for Cybersecurity” https://www.infosecurity-magazine.com/magazine-features/search-ethical-code-cybersecurity/
[4] https://securityintelligence.com/tough-challenges-cybersecurity-ethics/
[5] Smith, Fred Chris; Bace, Rebecca Gurley. A Guide to Forensic Testimony: The Art and Practice of Presenting Testimony as an Expert Technical Witness New York Addison-Wesley 2002 177–179.
[6] Barquin, Ramon C. ”In Pursuit of a 'Ten Commandments' for Computer Ethics” May 7, 1992
URL:http://www.brook.edu/dybdocroot/its/cei/overview/Ten_Commanments_of_Computer_Ethics.htm URL:http://www.brook.edu/dybdocroot/its/cei/papers/Barquin_Pursuit_1992.htm
[7] http://www.cybersecurityinstitute.biz/training/ethicsconduct.htm
[8] The Information Systems Security Association (ISSA)® is a not-for-profit, international organization of information security professionals and practitioners.  It provides educational forums, publications, and peer interaction opportunities that enhance the knowledge, skill, and professional growth of its members.
[9] https://issa.site-ym.com/page/CodeofEthics?